In the private message, the lady lamented on how she teased her boyfriend, who wasted no time in firing back at her.

“Hello Joro, My boyfriend and I got into a fight. I called him big stomach like driver. Next thing he said is my breast is Olympus has fallen. It really hurt me because my breast is flat. Does he always think that my breast is flat during sex? He hurts me really badly. How will I get wet like this knowing he thinks I’m flat.”

See the screenshot below: 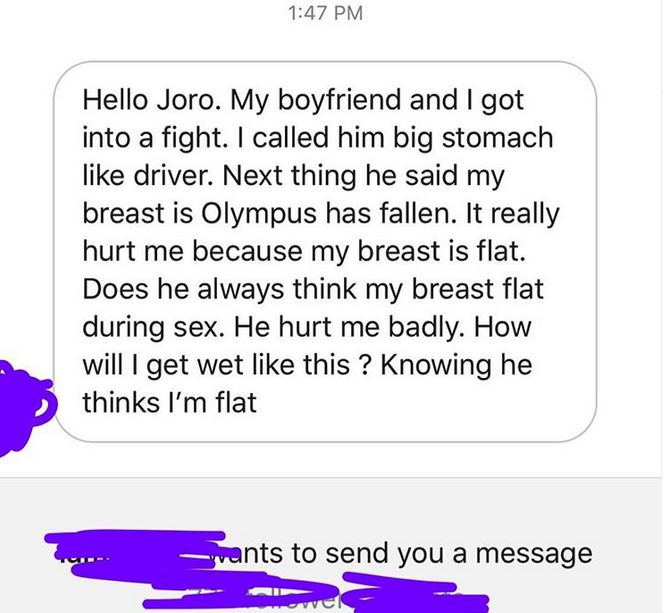