‘You Can Not Cage Sowore’s Ideas’ – Oby Ezekwesili

Oby Ezekwesili has reacted to the recent charges levelled against Omoyele Sowore.

Read Also: Oby Ezekwesili: Bashir Ahmad Should Be Sent Back To School For Proper Education

Sowore, the convener of the #RevolutionNow, was charged with treason and insulting President Buhari.

Tweeting further, Oby described the current administration as one that is very intolerant of criticism.

The former education minister added that the Federal Government can not cage Sowore’s ideas.

Read her tweets below; 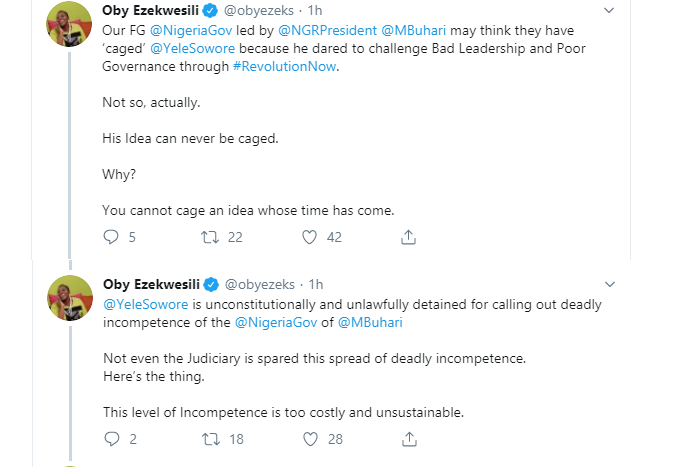 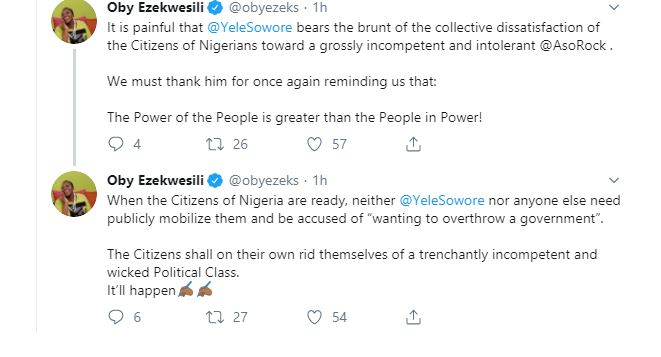 The post ‘You Can Not Cage Sowore’s Ideas’ – Oby Ezekwesili appeared first on Information Nigeria.