Wizkid Is Getting Married

Starboy boss, Ayodeji Ibrahim Balogun, better known as Wizkid has announced his plans of  getting married in 2020.

The 29-year-old Nigerian singer took to his Twitter page to break the news to his fans and followers on Tuesday.

The father of three tweeted;

“Next year! I’m getting married!”

Wizkid, however, failed to give details on who the lucky girl is, but he is believed to be romantically linked to colleague, with Tiwa Savage.

In his defence, Tiwa had said on stage that the age difference is no one’s business because the older the berry, the sweeter the juice.

The fever crooner shared another post, stating that he needs to get all his wives to be friends. 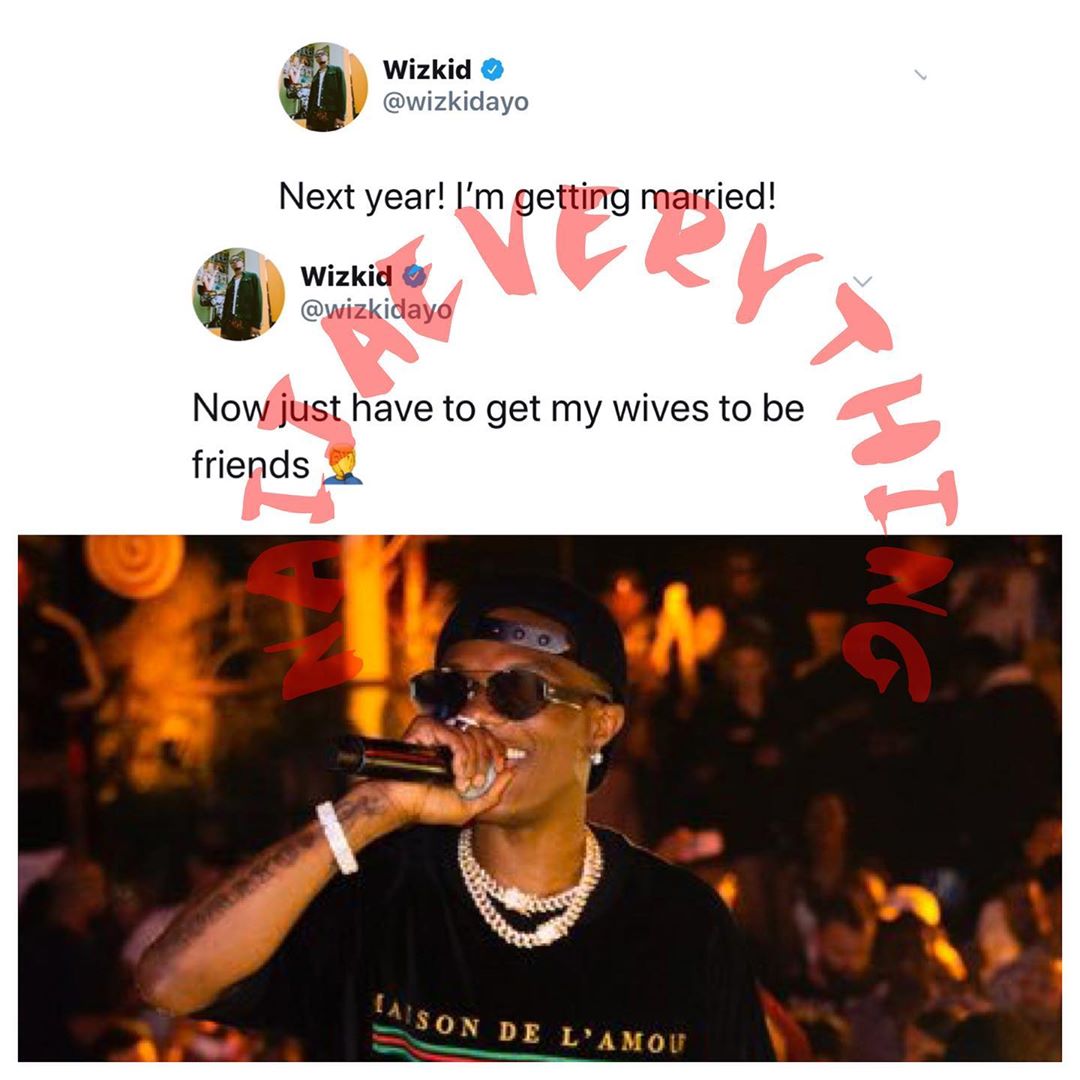 The post Wizkid Is Getting Married appeared first on Information Nigeria.