Music producer, Samklef has been brutally dragged online for calling out Nobel Laureate, Professor Wole Soyinka, and others on social media.

The producer had taken to his Twitter page to share a picture showing Wole Soyinka and other political activists during the 2011 Occupy Nigeria protest in Lagos.

Read Also: `Fighting With Wizkid Is The Most Stupid Thing I Have Ever Done: Samklef

Samklef went on to saw all of the persons spotted during the protest against the then Goodluck Jonathan administration are nowhere to be found now seeing as the Buhari-led administration is terrible.

“Where all these wash men. They all came out during the time of good luck Jonathan. But today they keep quiet dem dey fear 2? yeye occupy”, he tweeted.

In response to his tweet, a certain Femi Adebimpe wrote:

“When Soyinka was your age, he went behind enemy line into Biafra to try and stop the Nigerian civil war from happening by talking to the protagonists. And he went to.prison for that.
Tell us the sacrifice you have made for Nigeria outside of hiding behind a Twitter account!” 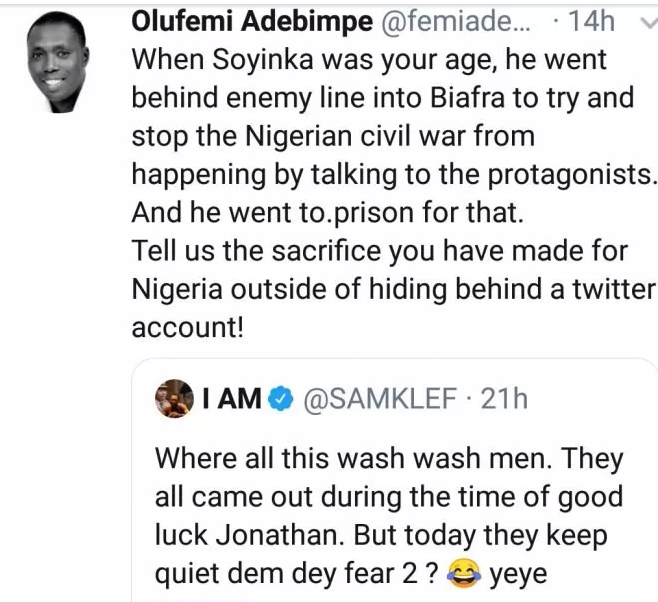