A photo of Veteran Nollywood actor, Emeka Ike’s newborn daughter from his second wife has emerged and she is now 2 months old.

The actor welcomed his daughter, Oluchi with his curvy South African queen, Yolanda Pfeiffer at an hospital in Germany in October.

The actor’s wife shared a new photo of her with the caption;

In the photo, Yolanda could be seen backing Oluchi the Nigerian way.

The baby is said to be the South African former model’s fourth child and the third for the Nollywood star. 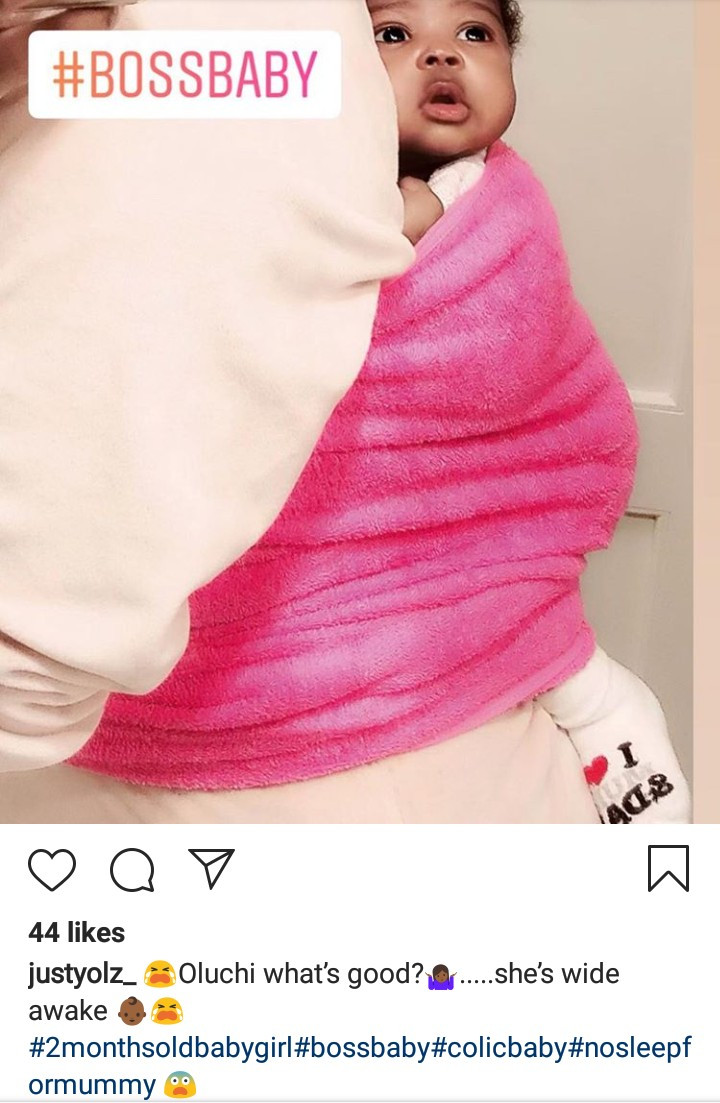