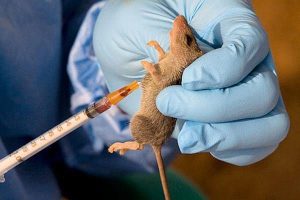 Reports reaching Naija News at this time reveals that ‘Lassa Fever’ virus has killed one person in Kaduna State a few moments after he tested positive.

It was reported that a group of medical doctors made an effort to rescue the victim from dying, but all proved abortive as he gave up the ghost in the process.

Confirming the report, the Kaduna State Commissioner for health, Amina Baloni said members of his family and seven others are now being monitored to avoid further spread of this virus.

According to the commissioner, they will be observed for a period of two weeks to be sure of the result.

This was coming a few days after Naija News reported that two doctors of Aminu Kano Teaching Hospital and a pregnant woman have died of Lassa Fever attack.

According to the report which has been confirmed by the state government, the state has recorded three victims in the week, who died of Lasa Fever outbreak.