Being Successful And Attractive Can Be Difficult Sometimes – Pretty Mike

Socialite Pretty Mike has shared oen of the dilemas he deals with in his life.

The controversial socialite took to his page to state that being successful and attractive at the same time can sometimes be difficult.

‘Being so Successful and Attractive Sometimes can be so difficult… EveryOne either wants to collect money from u or wants to Fuck you….. Nobody wants to honestly Love You

This is coming weeks after he had warned girls against trying to woo him as he is not in their class. 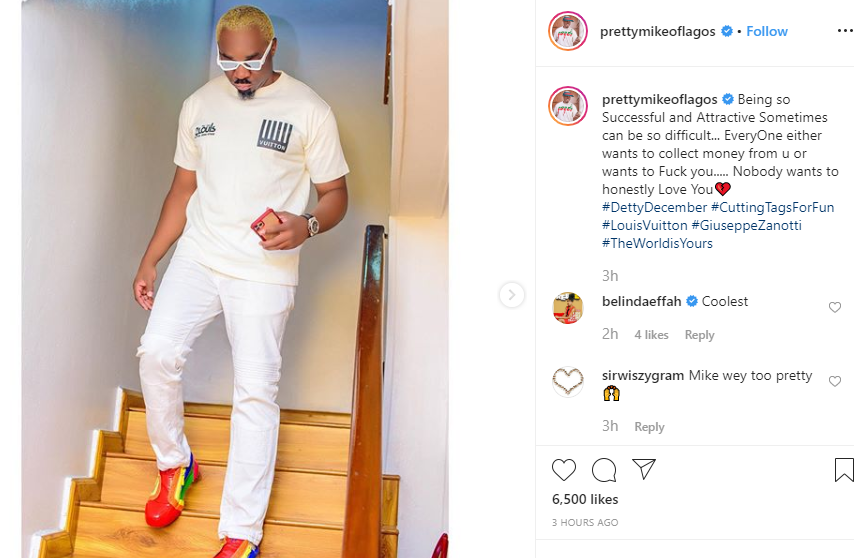 The post Being Successful And Attractive Can Be Difficult Sometimes – Pretty Mike appeared first on Information Nigeria.