Nigeria’s gross domestic product grew 2.01% in the first quarter of 2019 compared with growth of 1.89% in the same period a year before, the National Bureau of Statistics revealed earlier today.

The slow growth is recorded in the first quarter after the oil sector contracted. 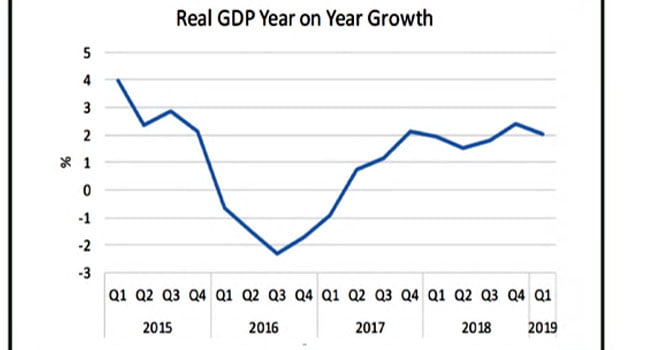 Nigeria’s economy emerged from a recession in 2017 and has been recovering largely due to higher oil prices, though growth remains fragile.